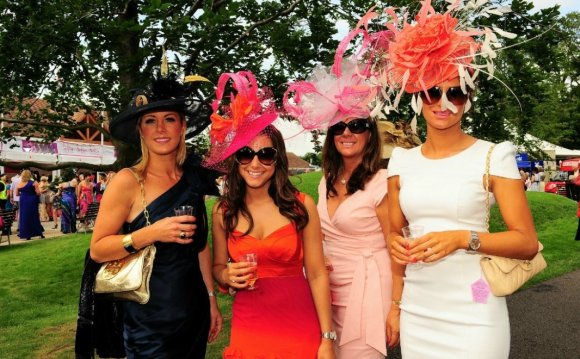 Yesterday’s rather odd number of race-meetings (three leaps cards and no Flat racing on grass in The united kingdomt the entire day! In August!) offers way to rather more appealing fare today with at least four interesting and stimulating cards of Flat racing. Amid the dozens and dozens of choices being offered, my attention is attracted to a few beasts that could possibly be believed to have-been unfortunate last time.

Eccleston (3.25) was first residence in the ‘wrong’ side into the Great St Wilfrid very nearly a fortnight ago. While ‘unlucky’ is a stretch in his instance, he performedn’t have the same tow in to the competition that ponies got on the reverse side and did well becoming outdone simply three lengths.

He's got done well in huge areas, beating 14 competitors at Haydock in-may from a level just 1lb underneath the one he's got for an identical competition at Thirsk these days. He’s a good wager at 6-1, though i'dn’t wish get a great deal faster than that.

In Newmarket’s closer, Jan Van Hoof (5.50) appeals at 9-2. He won both his starts this present year before traffic difficulty basically took him from the Stewards’ Cup consolation race.

I don’t believe the step-up to six furlongs was an issue that day as well as his gains over five suggested today’s longer trip should fit. He’s well treated from a mark just 2lb above their newest win, at this track.

Our champions so far:

And our frontrunner is. . .

Beach Boys, Newmarket Races. I get around..