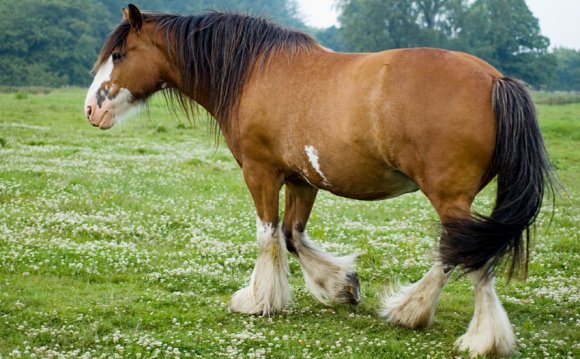 Brae Park Tom, alias Tom Parker thinks himself to be a beneficial individual and is always discovered where in actuality the activity is, generally leading the cost when there is one!!

He had been born in 2007 and stumbled on us through the great offices of Ron Calder of Kidderminster and it is proving to be a rather good member of the group.

He could be bold and an instant learner who wants to please their driver. Confirmed he's perhaps not a newcomer ride but is currently suitable for our more capable riders. Tom Parker could be the winner of both races at Exeter in 2013 and 2014.

Allan (huge Al) was created in 2007 and is from Northern Ireland, he stumbled on Adventure Clydesdale from Ron Calder of Kidderminster.

He is a bay roan and it has a very mild temperament and loves people.

He is one of several bigger horses standing at 17.3hh.

Allan has spent a summertime as one of our princiipal lead ponies and contains amused a large amount of our more skilful bikers.

He is now a really solid member of all of us and can please the confident driver.

Midge is our vibrant and athletic minimal youngster. He is really small for a Clydesdale, standing at about 16.1hh and came to be in 2007.

He had been bred by Ronnie Black of Collessie Fife, Scotland but came to united states via Tommy Macaleese of Aghadowey, Northern Ireland.

Midge has-been competed in dressage by Jane Lavington when he ended up being on winter loan along with her in 2013/14, he arrived seventh into the British Dressage Winter local Championships musical trip. He is a lovely horse to drive across Dartmoor and it is easy going and friendly.

Frankie doodle, aka, Brimpts Enchanter is our latest recruit into Adventure Clydesdale group. He's half-brother to Midge sharing the same mother, Collessie Enchantress.Foaled in 2010, Frankie came to us from Tommy MacAleese, as performed his cousin. After a slow start due to an extremely nasty episode of delivery fever he joined up with we correctly in Autumn 2014 and has now made a very impressive start. He could be extremely quick to understand and Tim makes use of him as a rather forward ride leading horse. On winter season loan for 2015 he can return in the team when it comes to coming season and all becoming well are revealing at Exeter events in Nov 2015.

Ecco is a Scottish edges lad from Singlie Farm at Ettrick Bridge, Selkirk. He appears at 17hh and came to be in 2004.

Ecco began his ridden life at Cumbrian Heavy Horses in which we trained him to become a key person in the biking team. He's done seven years of all the regular rides and most the long distance rides and is a rather popular horse while he is ready and forward going but simple with-it.

He joined united states at Adventure Clydesdale in August 2011 and it has roamed around Bodmin Moor and Dartmoor during the last three months with a great number of pleased cyclists, both experienced and novice.

Solo came to be in 2007 and joined up with united states from Tom and Margery Tennant of Singlie Farm at Ettrick Bridge, Selkirk.

He is a half-brother of Ecco and Siryl that offspring associated with the stallion Singlie Storm.

He could be a brilliant bay with an eager manner, he is quite a stocky Clydesdale and it is an established member of the team.

Solo had been the very best in hand gelding on Royal Highland Show before he stumbled on Adventure Clydesdale, he could be excellent searching horse.

Siryl alias Stobilee Sirocco was born in 2006 into the Scottish Borders. He is a complete brother to Solo and half brother to Ecco having all been sired by Singlie Storm. Siryl joined up with us last year and was trained on Bodmin Moor and contains been our key driving ponies since.

Siryl is extremely peaceful and simple to manage although he could be a horse when it comes to more experienced driver while he has actually rather a turn of speed.

.Faroe alias Mollinsburn Fairgrieve, is a gentleman amongst gentlemen, a exceptional horse using the sorts of disposition that everyone would wish in their perfect horse. And in addition, he's the mark associated with prophet on their throat! He found Adventure Clydesdale as a 4 yr old last year. He quickly learnt the riding ropes and did his first full season of trail operating in 2012. He spent a winter away with Hannah Coote, one of our regular cold weather loanees and gone back to carry on his place as an integral person in all of us, being specifically good for the more novice or nervous rider.

Bobby-dazzler is our most recent arrival at Adventure Clydesdale and then he came to united states as a completely untrained 6 yr old at the end of February 2015. We had outstanding success together with his instruction and he happens to be an associate of our cycling group for experienced riders just until he's some more miles regarding clock. He's got a very gentle nature it is extremely forward going and wanting to please. He's currently finished to performing time trips as he has actually a fitness level.

Several of our former downline are listed here

Major is an icon in the wide world of ridden Clydesdales. He was foaled regarding the north shore of Scotland in 1998 and joined western Highland Heavy Horses in 2002. He appears at 17.1hh.

He took part in the journey through the Isle of Skye to Cumbria because the primary lead horse and was a big player on lots of the longer rides at Cumbrian Heavy Horses. He is celebrated for their speed and endurance, having been erroneously because of the human body of a Clydesdale rather than a thoroughbred!!

He had been the champion associated with the Irvine Carters Society race 2007 a testament to their amazing change of base. But this winning drive doesn't prevent him from recognising the capability of his driver and toning their ride down accordingly. He's a truly awesome horse to spend time with. Major is currently in partial your retirement in Cornwall with Laura Cordy where he enjoys a life of deluxe fitting for a horse whom place every little thing directly into every trip he ever did.

Ha Durran Ben is a sturdy Clydesdale from the far north of Scotland, having already been...